The Cisco Certified DevNet Expert Lab exam is one of Cisco's most well-awaited lab exams. It got live on 2nd May 2022, almost two years and three months later, when Cisco revised all its certification tracks and introduced the DevNet (Development Network) track.

CCIE DevNet can open the door to senior-level positions in the NetDevOps landscape, translating advanced skills, leadership roles, better pay, and more respect within the industry.

The NetDevOps realm is getting bigger and broader, and there is no better time than today to upskill yourself as a NetDevOps professional. Obtaining CCIE DevNet skills will put you in a position to lead a team of NetDevOps engineers and give you expert-level skills to plan, design, develop, and maintain complex automation-driven network environments.

Before getting any further, let's understand what NetDevOps is.

Over the last decade, DevOps (Development & Operations) have gained the eyesight of lots of tech-giant companies. DevOps is basically a sustainable combination of methods, practices, and technologies that an organisation uses to develop a product, be it software, application, or solution.

The Network Infrastructure is also growing rapidly, and organisations have desperately sought to replace the raw practices of making changes in the network infrastructures and manually storing a record of that change in the documentation. This method of developing a network has been very manual, inefficient and unscalable. In fact, network changes are seen with high-risk tasks costing time, money and ultracareful procedures.

Due to the same, organisations are now adopting DevOps practices in the Network Infrastructure for continuous development, and it's called “NetDevOps”.

As NetDevOps ensures small and frequent changes in a much more automated, efficient and reliable way, Cisco, the major endorser of NetDevOps, has rigorously brought concepts and labs in its DevNet track that prepares you for the Network Automation Engineer job role.

Must have completed DEVASC 200-901 (CCNA DevNet) and DEVCOR Training.

Who should take up CCIE DevNet Training?

This course is for those who wish to elevate their NetDevOps skills to higher levels. So, this program is suitable for,

Topology To Be Used in CCIE DevNet Lab Training Placement assistance by PyNet Labs is for our students who take training from us and are looking for better career opportunities. We will guide you through resume writing, applying for unlimited job interviews, and keep you updated about infinite job openings via our official Telegram Channel.

We will also assist you personally to get a good job in India. 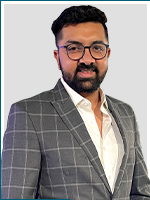 (CTO & CO-Founder at PyNet Labs)
Abhijit has delivered 12000+ hours of training internationally in past 10 years.